Yesterday my sister took me to Borough Market which is somewhere I’ve been wanting to go for ages. Being a major foodie, the market was such a dream. Unfortunately, since it was a Monday, there were inevitably less stalls set up, but there was nevertheless a great selection of food to buy. As soon as we arrived we made a beeline for the Bread Ahead stall, which my sister   talks about all the time on account of their doughnuts. She swears that they are the best doughnuts that she has ever eaten, and having chosen the salted caramel honeycomb one last time, she bought the vanilla, which was generously stuffed with thick, creamy vanilla custard. The blueberry doughnut was the choice of my brother, who, in a typically male style, practically inhaled the treat and grunted that it was ‘alright’ – apparently the blueberry jam was ‘strange but not unpleasant’. Mixed reviews! 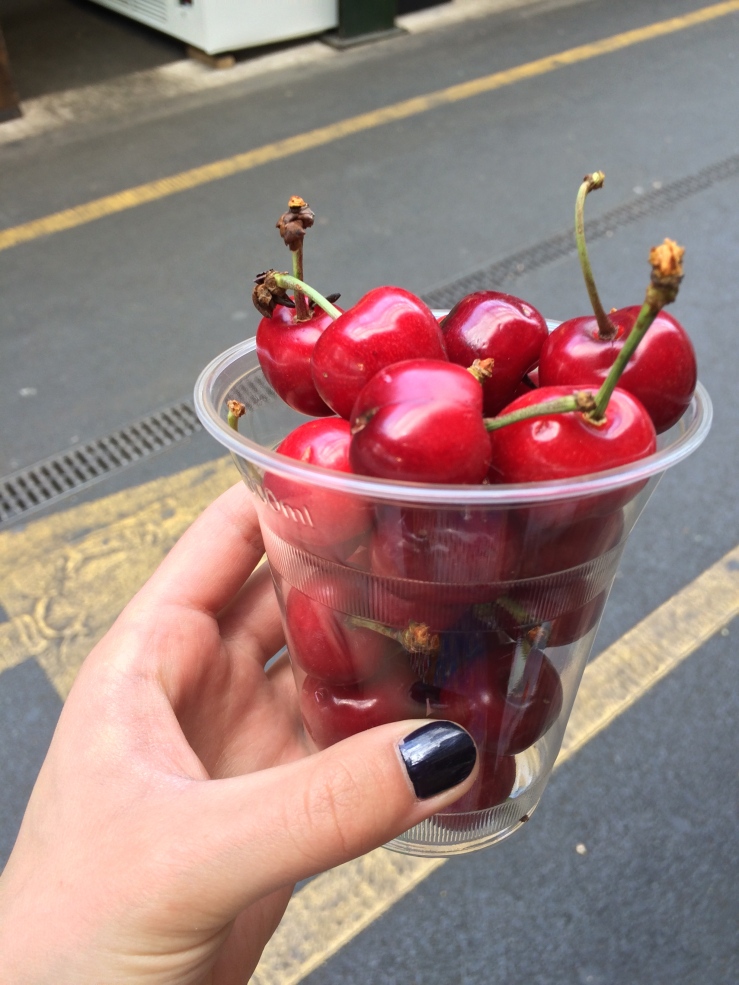 The first thing I bought was this cup of cherries – quite boring but I just really like cherries.

One thing I really liked was the abundance of delicatessen stands – French, Spanish, Italian. Hundreds of different types of cheese were being sold; they tended to be quite expensive, but my sister and I unashamedly hunted down and tasted all of the free samples, which were really tasty. 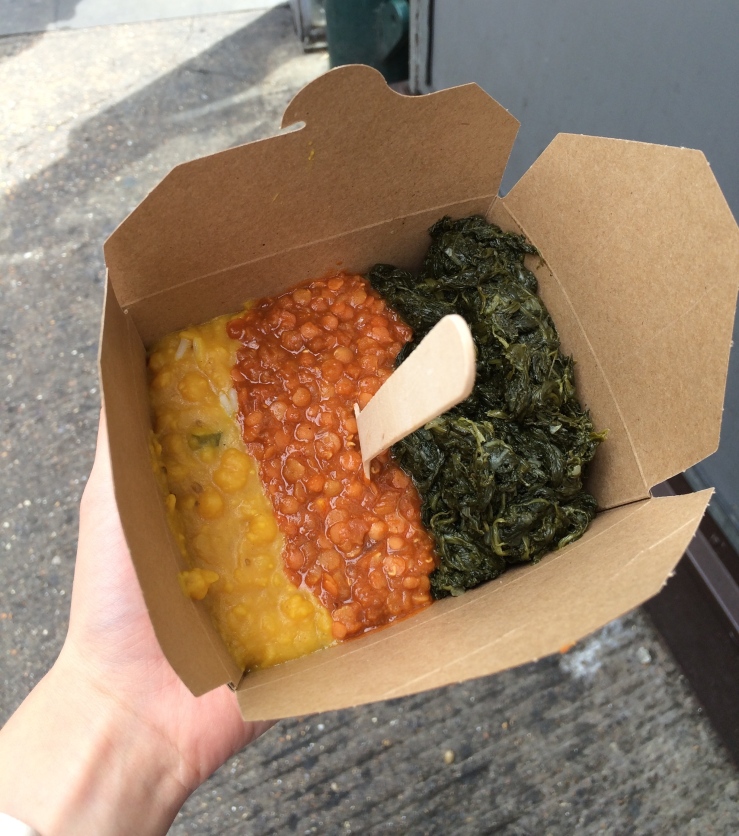 Without doubt my favourite thing about the market was the street food. There was such a wide choice of cuisines from all around the world but in the end I chose to try Ethiopian food because it was a totally new concept to me. The photo shows yellow split bean stew, red lentil stews and spinach stew (with rice underneath). It was absolutely delicious – very fragrant and quite spicy. It was sort of like a mixture between Moroccan and Indian food.

The last thing I bought at the market was some fudge, which was extravagantly priced but suitably delicious. I chose salted caramel and dark chocolate swirl,and my brother made me buy some ginger fudge as well. I couldn’t take any pictures of it because my mum and sister ate it all to themselves…

View all posts by rgabbertas